Our Marketing team is always open to working with journalists to help share our compelling and unique story. If you’re a member of the media and would like to talk, please get in touch using the form or emailing directly to:
press@contingent.ai

Tai is an entrepreneur at heart, having set up his first business as a teenager. Each of his career steps in the lead up to founding Contingent have been well considered learning opportunities, on the road to creating a category-defining business:

Before founding Contingent, Tai was a Director in the U.S growth team at a QED-backed and exited Fintech in New York, USA. Previous to this, Tai was an executive at DTCC (Europe) where he helped lead partnerships, new business, and new ventures. Tai began his career as an institutional equity investment analyst in the city of London. Tai has founded and exited an e-commerce startup, which aimed to transform small business transactions through technology, data, and design.

Prior to founding Contingent, Raj held senior technical roles at Equal Experts. This includes Lead Engineer at Tesco Payments, building one of the largest merchant payment platforms in the world, and Technical Lead at Informa PLC where he developed flagship products for Pharma Intelligence and Citeline (which includes TrialTrove and SiteTrove). Raj was also Principal Engineer at Just Eat, where he was responsible for shaping and building the global consumer platform which included the Just Eat web and mobile applications in 30 countries.

Before Just Eat, Raj was a Senior Engineer at Decision Technologies building price comparison engines and websites in the UK, France, Spain, and Germany that included GoCompare, Compare The Market and Money which were later acquired. He started his career leading tech teams at 1E and Micromuse (Riversoft) including working at Microsoft in Redmond, California, USA.

Raj is an international thought leader, and has presented at developer conferences which include NDC Oslo/London, AWS Summit, DDD, EventSourcingLive and regularly at Meetups in London.

Raj graduated from the University of Manchester, with a degree in Electrical and Electronic Engineering, and lives in Berkshire, U.K with his family. Raj is involved with charity work through Khalsa Aid, an international NGO with the aim to provide humanitarian aid in disaster areas and civil conflict zones around the world. 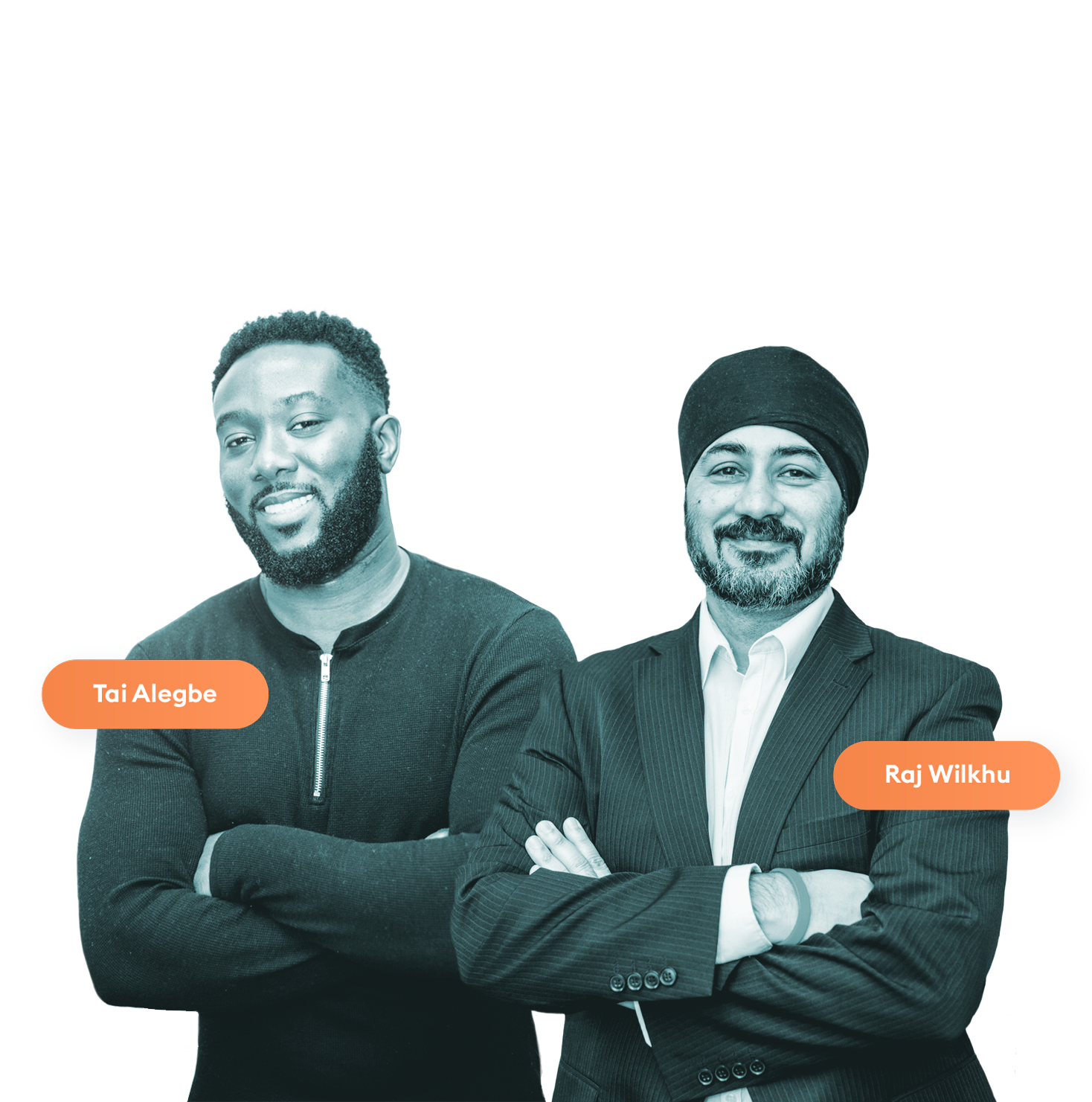 We are proud to be backed by some of the most innovative investment funds in Europe.

For the people and ideas that will change the world, because we believe you can build a better tomorrow by investing in it.

We can back you at every stage of your journey, from ideas on a page through to IPO. Each year we deploy more than £200 million across five areas where we see maximum potential for impact: health, fintech, deep tech, consumer and B2B software. With many years of experience and expertise investing in each of these areas, our team can help our portfolio companies scale at speed.

For us, investment is about more than money. Being truly invested is about giving time, energy and focus; working with founders to give them the best chance of success. It means a shared commitment to solving the big problems that matter.

We’ve backed the likes of BoughtByMany, Cazoo, Depop, Elvie and WaveOptics, while others have gone on to join forces with the world’s largest businesses.

We are based in London and New York with a network of partners across the U.S and Asia.

Connect is a thesis-led, seed stage venture capital firm that finds and invests in the best product-led founders and companies in Europe, building opinionated products, crafted with love and loved by many.

Concentric invests into sector-defining businesses solving problems in critical sectors of the economy, like financial services, mobility and real estate. Through its activist venture approach, the Concentric team provides significant value-add to portfolio companies through their diverse experience and network across European technology.

Ascension is one of the most active Seed investors in the UK. Since 2015, we have backed 125+ tech and impact startups through our (S)EIS & Institutional Funds. Beyond our capital, we devote our proven operational expertise, platform resources, and extensive network to support founders on their journey to Series A and beyond.

Working Capital is an early-stage venture fund that invests in scalable innovations to meet the growing corporate demand for more transparent and ethical supply chains—addressing the urgent need to protect vulnerable workers and source responsibly.

Want to see Contingent in action?

We believe the product should speak for itself, so get in touch and we’ll show you your own suppliers in the platform so you can judge the insights for yourself!